Pair wines to food to optimize every morsel you enjoy! 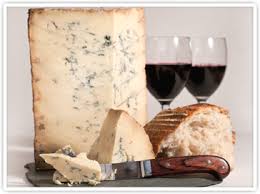 Syrah is a perfect match to Blue Cheese, Walnuts and Syrah Cheese 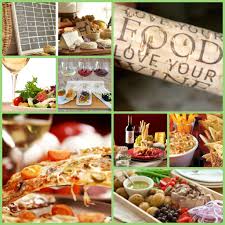 Sauvignon Blanc is a great match to all vegetables! 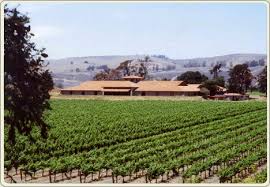 Priced under $8.00. Great Wines to brighten up the table & enhance your meals, from Trader Joe’s.

Mussels enjoyed in a white wine sauce will leaving your guests wanting for more!

Italians enjoy seafood!  This plate full of mussels can be served with or without cream. Mussels can be prepared as an appetizer or as an entrée with pasta. Enjoy the sauce and dip into it with grilled italian bread or ciabatta.  Recommended wine is a Pinot Grigio. Use the wine finder to choose a wine at the following link,  wine

Place oil, onion and salt into a large skillet and allow to sauté  over medium heat for 4-5 minutes until the onion is translucent. Add tomatoes, allow to cook for 4 minutes. Meanwhile, place clams and mussels in a colander, wash and scrub shells with cold water and place into skillet. (Only for fresh mussels.)  Frozen mussels have been pre-washed and can be added directly into the heated skillet. Add wine and cream to mussels , stir for 30 seconds. Add garlic. parsley and pepper allow to simmer for 5 minutes.

Can be served over pasta or with toasted Italian bread.

A fast approach to weight loss is by halting drinks that can influence weight retention. Alcohol is the most social and common kind of ‘drug’ we can take, and it’s a normal part of our society and socializing to have a few drinks. We’ve been drinking alcohol for centuries from simple fermented drinks to classy wines, champagnes, and exotic cocktails. There are obvious health and social problems associated with excessive or binge consumption of alcohol, but what about its effects on people aiming for weight loss?

All alcoholic drinks contain a significant amount of calories per serving, and we often have a lot more than just one serving! But how much damage does this do for your weight loss efforts? An ideal dietary plan reduces calorie intake by 250-500 calories per day to achieve a good amount of healthy weight loss per week.  One can easily see that 1-2 drinks per day puts pay to any good nutrition plan you might follow during the day. Simply said: 1-2 alcoholic drinks can seriously halt weight loss.

Another way to look at the effect alcohol has on weight loss is to compare the equivalent time needed to spend doing fitness training to burn these calories off! An individual of average fitness level and of average weight would apply the following effort to burn off 2 alcohol servings:

Training time required to burn off calories from alcohol:

There’s a lot of work to be done if  a few (or more) drinks are consumed. Think of all the blood, sweat, tears, and hard work that can go into a great fitness session….and how easily the efforts  can be reversed by drinking alcohol!  Additionally, alcohol contains no essential nutrients and reduces the absorption of Vitamins A, D, E, K, folate, B I, and B2 by altering Biotin (B7).  Lastly, alcohol does not contribute to muscle glycogen, so you may be left short on carbohydrates (Fruits, Vegetables and Whole Grains), which you need in order to train hard.

While it is true that red wines contain a natural phenol “resveratrol”, which permits blood cells to smoothly pass each

Handful of blueberries for improved health.

other instead of sticking to one another,  consider trading in your wine glass for fiber.  Resveratrol is also found in peanuts, soy, cranberries, blueberries, and Itadori tea which maybe a good substitute for red wine and linking it to possible human longevity.

By gaining knowledge on how to improve weight loss efforts, you can begin to feel better about your own appearance and body’s health over the next week, as your initial loss can be 2-7 pounds within the first days of working towards your new objective!

Beauty of Wine and Grape Juice

Vitamin “H” for Haar and Haut

Walking through the cultivated vineyards of Jungle Jim’s Wine Cellar, I’m excited to learn about the

various species of grapes.   David Schmerr is the Wine and Beer Director of twenty-one years at Jungle Jim’s. He proudly talks about a couple of his prize Bordeaux collector wines: Opus One by Robert Mondavi and Baron Philippe; and Dominus Chateau Petrus by Christain Moueix and his team.  The history lessons on both of these winemakers is brief and intriguing.  Mr Schmerr explains how these great Connoisseurs arrived to the balance of tannins that gives the proper acid level to a glass of wine, which are derived from working with diverse fruits of the vine.

The conversation changes to the many different “Table Wines” sold at this international market.  In fact, to expedite shopping, Jungle Jim’s makes it easy to locate wines under $10. and $20. by placing them at the end of the wine racks.  A few of these wines include: Bon Anno Cabernet, an American wine from Napa Valley ($19.99); and Spanish wines, Nora, white wine ($15.) and Codice a red wine ($9.99).

David gives bragging rights to BonAnno (distributed out of Dayton, OH by the BonAnno Family), stating that,  “Bon Anno has won two Cabernet wine tastings located at Jungle Jim’s, beating out some other wines that are at the higher price points of $30-$40 wines”.  He points out, “Bon Anno is ready to drink fifteen minutes after uncorking the bottle, and you can experience the ripeness of the fruit, without the residual after taste”.

New to consumers this year will be the introduction a Spanish wines. Spain is challenging the most popluar Cabernet’s grown and produced in California, as well as, overtaking Shiraz from Australia. “Nora” is a dry white wine from the “Albarino” grape.  This green-gold color wine tastes of honeysuckle and peach; it’s a great compliment to seafood dishes. While, Codice “is made of 100% Tempranillo grapes from old vines planted at 2,700 feet elevation on calcareous clay, a soil type common to Bordeaux”. The red ruby colors and round tannins of spanish wine “Codice”, provide a good acidic level and are compared to the $20. bottles from the vineyards of California and France.

The wine that compliments all foods whether it’s: appetizers, seafood, meat or poultry is still Pinot Noir.  Mr. Schmerr explains, “the lighter tannins found in Pinot Noir (giving also a nod to Chianti) is great at the grill, or an evening of “surf and turf” style dinner”.  “Additionally,” he states, “Pinot Noir is the wine that I recommend for those with heart disease to drink with their meals.”  This is because Pinot Noir is high in the non-flavonoid “resveratrol” that increases HDL cholesterol levels (healthy).

New to Jungle Jim’s wine department are Organic Wines.  The Organic Wines are low to no sulfites. This is good news for those who have who have abstained from wine due to egg/fish/milk/nut allergies.  According to the Australian Wine Research Institute, “Wine may be ‘fined’ with processing aids, which are derived from eggs, fish, milk or nuts. The process of fining removes protein and other impurities from the wine, which may otherwise make the wine unstable. If the wine is made according to good manufacturing practice, there should be only traces of these processing aids left in the wine.”

Mr Schmerr has many reasons to enjoy the future prospects of his career in the Beer and Wine Industry leaving us with a closing thought. “Cincinnati has seen a sharp increase in “wine sippers” not unlike the rest of the United States.  Statistics show that the USA will lead the world in wine consumption per gallonage (not per capita) by the year 2010. ”  And with that I offer a “Toast to good health and much success.”

The presence and evidence of wine has been traced to the first and second millennium in China and from there, production of wine has been found to also exist during 5000-6000 BC in the Mid-East.  Wine evolved and technology began to advance during the Roman Empire as vineyards were cultivated and wine was stored and shipped in barrels.  Today, researchers provide us with the latest DNA results concerning the progress of the fruit and it’s spirit.

After much DNA research on grapes in the countries of Australia, France and Italy the studies have concluded that the next two-four years of wine production should be exceptional due to the optimal quality of the grape. “The cultivated heterozygous grape species, Vitis vinifera, has potential to become a model for fruit trees genetics after determining it’s genome sequencing”, according to the IASMA Research Center, San Michele all’Adige, Trento, Italy.   Agriculturalists will benefit from this research by quickly identifying and reducing the number of micro-organisms or parasites that are bringing harm to the plant, allowing the farmers to produce a more stable product.  The consumers can look forward to a higher quality wine, which will be more readily available.

Italian wines have consistently outpaced the French and Spanish wines over the past few years. Recent statistics released in a survey done in Los Angeles, CA have shown young Americans and women to perfer: Chianti Classico, Pinot Grigio (Alto Adige and Friuli), Barolo, Barbaresco and Brunello.  However, countries that are competing for a place in the local cantina are: Africa, Argentina and Portugual.  All who have found ways to provide a table wine that will elegantly enhance the simplest to priciest of dinners.

Recent information in the media presents the  medicinal benefits of wine and juice content of fruit (i.e. Minute Maid), which comes from a chemical compound called Resveratrol (also found in peanuts, soy, cranberries, blueberries, and Itadori tea which maybe a good substitute for red wine) linking it to possible human longevity.  What is known about resveratrol is that it is produced in the skin of red/purple grapes and it’s main purpose is to operate as an anti-fungal agent or an anitbiotic.  It transfers to the juice of the fruit during crushing and fermentation. It’s typically found in red wines, but not white wines.

Resveratrol is a phenolic compound that can be found where grapes grow in colder climates such as: Northern CA, MI, Canada and North European countries.  This is because rainfall is more and sunlight is less, hence the need for resveratrol to fight against developing fungi.

Medicinal resveratrol has been evident when 1 glass of wine is consumed daily, permitting the blood cells to smoothly pass each other instead of sticking to one another and creating potential blood clots that lead to heart disease. According to the AWRI (Australian Wine Research Institute), Resveratrol is being studied to determine it’s effect on damaged DNA and how it may act as an anti-cancer agent. “It appears related to anti-oxidation, where resveratrol may prevent and repair damage to DNA associated with the initiation of cancer, as well as acting to prevent the growth and proliferation of cancer cells, both at the gene and cell level.”

One cup serving of grapes yields: 57 calories, 6 grams of protein, 16 grams of carbohydrates, 2 mg of sodium, 1 gram of dietary fiber and vitamins A and C.