Need a pick me up? Do you feel deflated, demotivated, or depressed? Such pessimistic symptoms can leave one dragging their feet, however, can also be combatted through an intake of dietary nutrients that provide a natural supplementation for enhancement of moods

A good reason to consume 1 ounce of dark chocolate a day is that it has the chemical phenylethylamine which releases dopamine.  Dr. Mindy Dopler Nelson of Stanford University,  states that, “The compound is thought to be  responsible for the high you experience after eating chocolate because it releases natural feel-good chemicals called endorphins in your brain.  According to All Chocolate, PEA is released by the brain when people are falling in love, and this might explain why chocolate and Valentines Day are so closely linked.” 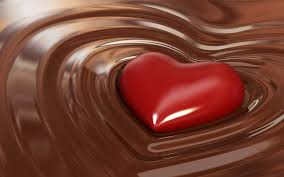 Chocolate has a chemical that causes dopamine to be released in the brain, inspiring a sense of euphoria and pleasure.

Dr. Nelson explains, “Chocolate is a stimulant that will release the dopamine that creates that pleasure feeling. It’s in the cocoa. There’s more of it in dark chocolate than in milk chocolate. But there’s something about the fat in the milk that also will make you feel good. Some people associate a comfort food with a high-fat food. There also are antioxidants in the dark chocolate, but watch the dosage! Excess can be harmful for your liver and pile on the pounds. Dopamine has an amphedamine effect, hence the term chocoholic. You also cannot ignore the fact it contains mucho caffeine that will keep you up at night. (And if you don’t get enough sleep it will effect your serotonin level.)

Other food sources of phenylethylamine are: Almonds (can promote migraine headaches if too many are consumed.) and Cheese should be consumed in 1 ounce or 28 grams per day, Red Wine (4-6 ounces or 125-200 ml per day) and Tomatoes.  An apple a day contains tyrosine which also converts to dopamine.

If diagnosed with depression, try pursuing some dietary changes before starting medication, or implement in addition to the intake of medication.  Facing depression head on, incorporating walking twice a day along with new nutritional choices and professional help can give you a new perspective on life.  Your daily dietary intake should consist of 2-3 of the following through out the day:

Cashew nuts are very rich source of minerals. Minerals especially manganese, potassium, copper, iron, magnesium, zinc and selenium are concentrated in the nuts. A handful of cashew nuts a day in the diet would provide enough of these minerals and prevent deficiency diseases.

“Vitamin B6 and Tryptophan”.   Foods such as turkey, chicken, quail, banana, and even milk can fight depression symptoms. All contain Vitamin B6 (which helps create serotonin) and have the protein Tryptophan  that can be converted to the neurotransmitter, serotonin, which is linked with happiness, or known as a “Mood” enhancer.  In simplified terms, a Neurotransmitter (serotonin for example), is like the super-autostrada of information in your brain that allows different parts to talk to each other!!!

Tryptophan can be found in a variety of foods to help fight depression, they include: chocolate, bananas, poultry, meat, whole grain pasta, fennel seeds, figs, fish, peanuts, milk and cottage cheese.  A list that many can pick and choose from and find health and comfort. 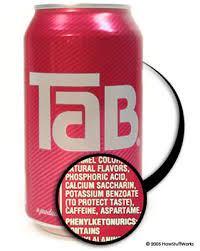 Artificial sweeteners are often found in beverages and processed foods; such sweeteners depress pleasure hormones dopamine and interfere with the production of serotonin.

Foods to AVOID.  Any foods or drinks (Diet) with artificial sweetners should be avoided.  Multiple studies have shown this aritficial sweetner to depress serotonin levels. Those with a history of mood disorders or depression have been linked to a severe reaction after consuming aspartamine. Additional weight gain is attributed to aritificial sweetners, as they interfere with an individual’s “internal calorie counter” causing the hormones ghrelin (go eat) and leptin (stop eating) to malfunction. While consuming a diet drink with a meal of 700 calories, the leptin hormone does not respond to the feeling of satiety because the internal calorie counter thinks that only 300 calories have been eaten; that kind of deficit adds up to weight gain and to depression.

Stay on the medication.  Do talk to your doctor about how you can work with them in pursuing necessary dietary changes that will nutritionally benefit you as well.

Other vitamins which may contribute to mood enhancers are: zinc, selenium, calcium, Vitamin D, iron and magnesium.