The three fundamental needs of males and females are: Hunger, Thirst and Sex!  Most individuals would have no problem agreeing with that list.  The health benefits of sex are measured, however not commonly known.  What research tells us is everything we know about sex is even better than sex itself.  Let’s face it sex can be great and even fantastic when romance is added to it.   Some known benefits of sex are:

Helps you live longer.   It’s been researched to have a 50% reduction in mortality rate increasing life expectancy by 3-8 years.

Strengthens your heart.   Yes, sex can be considered as physical activity.  Having the same caloric burning effect in an hours time as regular Cardio.

Strengthens bones, muscles and blood circulation.   Testosterone levels in both genders increase and improve on bones and muscles growth.  Blood circulation also benefits the brain, which increases the heart rate and deep breathing.

Got a headache? Engage in Sex.  Opioids have a similar effect on the body as the drugs Opium and Morphine.  When endorphins (one of the four classes of Opioids) increase they provide a natural tranquilizing response to pain reduction.

Fight depression, stress and overeating.   As neurotransmitters are properly excited (dopamine), or inhibited (serotonin and dopamine), depression, stress and overeating are reduced.  Dopamine helps to combat depression and create focus. While Serotonin regulates: mood stability, food cravings, pain, sleep cycle (Most are relaxed and sleepy after a nice romp between the sheets!) and increases the immune system.

Increases the body’s sense of smell. After a passion filled event, the hormone prolactin increases. Found in the olfactory bulb (located in the brain) where smell is formed, prolactin makes brain’s stem cells to grow new neurons

Let’s make a complete circle and address some aphrodisiacs for the Thirst and Hunger drives.  After all, the Greeks, Romans and Aztecs used food and drink (dilated vessels increase blood flow) as a means of foreplay.

The Gourmet Sleuth suggests the following aphrodisiacs for the palete.

Quench your thirst with a glass of wine.  Drinking from the fruit of longevity is a great way to relax 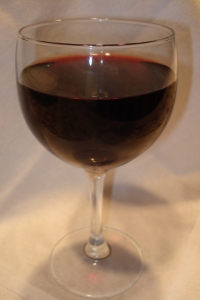 you, promote blood circulation and stimulate your senses.  BUT, more than two glasses of wine can ruin the mood and have a reverse affect.

Grab the Champagne glasses!  According to the Australian Orchid Society, “Old Totonac lore says that Xanat, the young daughter of the Mexican fertility goddess, loved a Totonac youth. Unable to marry him due to her divine nature, she transformed herself into a vanilla plant that would provide pleasure and happiness.”  Fill tall Champagne glasses to the rim and add a vanilla bean for a heady, bubbly treat.

Coffee in small amounts dilates vessels, but too much will suppress the serotonin levels. 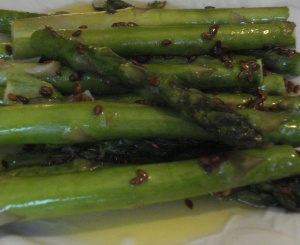 Food of Phallic Shape were eye candy for the ancients.  Asparagus, Avocado (growing in pairs on the tree they resemble male testicles,  Ahuacuatl), Banana, Carrot, Figs and oysters, both which represent the female genitalia. 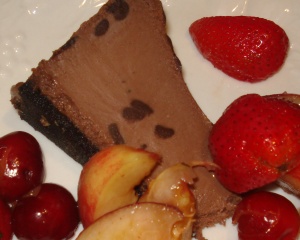 to vinaigrette for a salad), Ginger, Mustard (try on pork loin), Nutmeg, Truffles liquorice and honey

Prepare a low setting table with lit candles and a few pillows to relax on. Enjoy the ambiance and intimacy that sex brings, knowing that there are many health benefits that go beyond the pleasure of lovemaking.

2 thoughts on “Health Benefits of Sex”